Here are just a few of Ireland’s favorite things at Christmas – some old, some new, but all activities and aspects that make Christmas in Ireland particularly special.

In Ireland, Christmas lasts for about two weeks and is joyfully celebrated as a respite from the winter. Christmas really brings out the best in Ireland and the Irish, from cheerful festivities to wild acts of machismo, happy reunions, musical celebrations in church, and partying for weeks. These are the top Irish Christmas traditions. 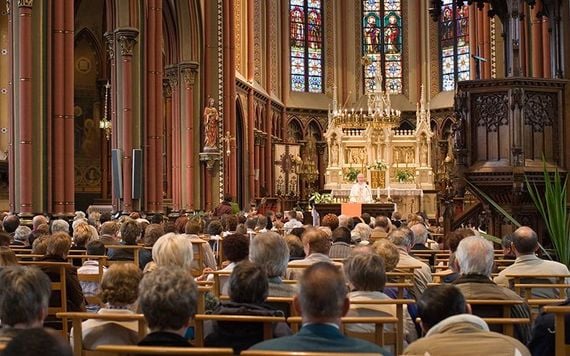 If you’re looking for a Church packed to the rafters, look no further than any church in Ireland at midnight Mass on Christmas Eve. This is a huge social gathering where family, friends, and neighbors who you may not have seen all year come together and celebrate Christmas.

With Christmas carols being sung and, often, live music being played, midnight Mass in Ireland is a great place to catch up with old friends and get in touch with the local community at Christmas. 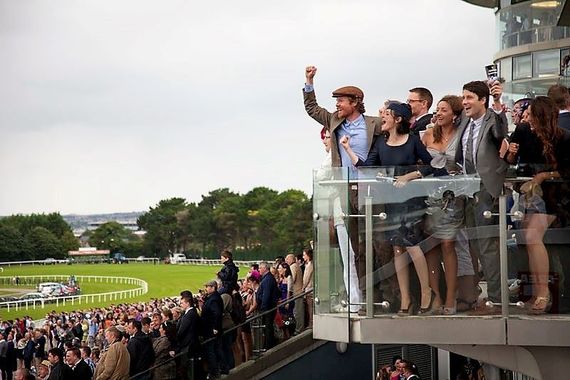 St. Stephen is the patron saint of horses, but I am almost positive that this is not the reason that horse races on St. Stephen’s Day have become a tradition in Ireland. The races in Leopardstown in south Dublin, attract almost 20,000 people every year, but I think this has little to do with the old Germanic tradition of racing horses on St. Stephen’s Day to honor the saint.

In Ireland, heading off to the races is a chance to get out of the house, stretch your legs, perhaps have a flutter on the horses and have a drink with friends.

Christmas day swims take place all over Ireland on Christmas morning, but probably most famously at the Forty Foot Rock, just south of Dublin. On Christmas Day, hundreds of people can be seen jumping off the rock into the Irish Sea wearing only their bathing suits.

The water in the Irish Sea on Christmas Day is usually around 50F / 10C. Unfortunately, the temperature outside the water is usually far below that, making the experience bracing, to say the least. This is certainly not for the faint of heart but is a proven hangover cure, and participants often receive sponsorship for charities.

“The Dead” is a short story from James Joyce’s collection “Dubliners.” A group of Dubliners gathers together for a post-Christmas celebration in James Joyce’s transcendent tale of the banality and magic in life and death.

This tale has rather become like an Irish version of “The Christmas Carol,” a tale of reflection on our past, our present, and our future.

This started off with aunties, grandmothers and relatives handing over hideous sweaters as presents for Christmas, but somehow Christmas sweaters have turned into a competition on the streets of Ireland. The woolier, hairier, and more ridiculously decorated the better. In fact, this year I spotted a gentleman with fake robins, bells and fairy lights all on one sweater. 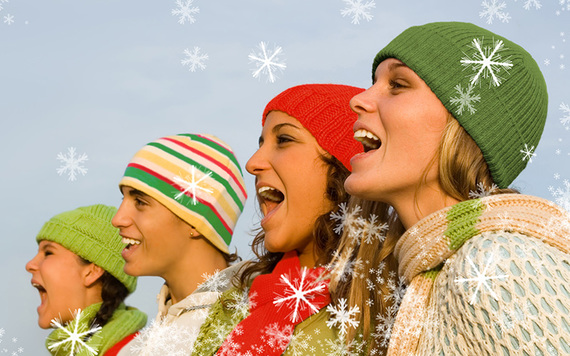 During penal times, a group of soldiers was about to be ambushed. They had been surrounded, but a group of wrens pecked on their drums and woke them. The wren became known as “The Devil’s Bird.” To remember this, on St. Stephen’s Day people have a procession and go door-to-door wearing old clothes, blackened faces, and carrying a dead (now more often fake) wren on top of the pole. Then, crowds of “strawboys” dressed in straw suits and masks march to celebrate the wren.

This later evolved into a caroling event. Although people no longer go door-to-door, or at least very rarely, carolers can be heard on many main streets over Christmas raising money for charity. It there’s one thing the Irish love doing is making music and Christmas is the perfect excuse to make some noise.

Recently, I saw an Irish comic speak about USA biscuits for five minutes straight. It was only then that I realized that everyone I knew had a tin of biscuits in the house over Christmas when I was growing up.

Although there were the traditional mince pieces, pudding, and chocolates too, the biscuits and the rules about the tin are something that everyone I’ve spoken to remember. There were about ten types of biscuits in each layer of the tin but you were not allowed to break through to the second layer without finishing the first layer. This would cause at least one fight a day among the family. The tins were also filled with old-fashioned biscuits like pink wafers and bourbon creams.

Christmas decorations in Ireland traditionally were just a wreath of holly on the front door of the house. However, National Lampoon’s “Christmas Vacation” seems to have been a blueprint for many Irish households as they are now lit up like Rockefeller Center.

Also traditionally, decorations would go up on December 8, the Feast of the Immaculate Conception, and come down on Little Christmas, January 6. However, this year I spotted full Christmas decorations on some houses in the first week of November. What can we say? The Irish love Christmas.

Most stores are closed Christmas and Stephen’s Day, but a brand new tradition sees more and more stores now opening after Christmas Day for exchanges and tempting deals.

January 6, the Feast of the Epiphany, is traditionally when the Irish finish celebrating Christmas. It is also known as Nollaig na mBan in Irish (Women’s Christmas).

Tradition has it that women get the day off and the men of the house get to do the housework, cooking and take down the Christmas decorations. Women meet up, have a day out and treat themselves.

What’s your favorite Irish Christmas tradition? Let us know in the comments section below.