Christmas is considered by a wide margin to be the most popular holiday in the United States every year. For example, Americans send out 1.6 billion Christmas cards every year, compared to 151 million for second-place Valentine’s Day.

However, different cultures across the globe celebrate their own iterations of Christmas. The public favoritism for this holiday makes it all the more important to teach kids about other Christmas traditions they are unfamiliar with.

It just might make them think differently about their own holiday, possibly appreciate it a little bit more, and could inspire them to incorporate some of their favorite elements from these other celebrations into their next Christmas.

Canadian holiday season traditions vary as widely as the cultures and heritages of its people. Some of the most prevalent cultural influences in this massive country’s traditions include First Nation, Irish, Scottish, Norwegian, French, English, German, and Ukrainian, so it’s easy to see why the activities that Canadians do for Christmas and other holidays are rich, diverse, and highly interesting.

Nova Scotia is a great place to witness a unique and interesting tradition that you can’t see anywhere else. It’s called Belsnickeling, and it’s a fascinating event where people don comical interpretations of Santa Claus and go up and down neighborhoods knocking on people’s doors. Their neighbors then have to try to guess who it is behind the big white beard. It’s fun for everyone involved and brings the community together in an interesting way.

Some Canadian traditions would be more familiar to those who celebrate a “mainstream” or “conventional” Christmas, like sending Christmas cards to friends and family members that give an annual update on what’s going on in their household. It’s common also to have a family photo taken, especially in some kind of a themed photo shoot. Decorative paper with winter or holiday themes can give the letter a unique touch. 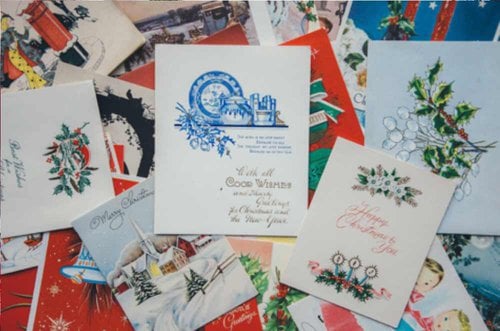 The vast majority of Christmas-celebrating cultures place a special emphasis on giving to others and being kind and generous, which is why Christmas is called the “season of giving.” It is often said that it’s better to give than receive, but around this holiday, it’s always nice to have a little bit of both.

Fully celebrating Christmas in Mexico means setting aside a whole lot more time in your schedule than celebrating in the US and other parts of the world. Mexican Christmas is just shy of a month long, kicking off on December 12th, lasting through the New Year, and finally coming to its conclusion on January 6th.

The Posada processions are one of the major traditions you’ll see if you happen to be in Mexico around the Holidays. Also simply called Las Posadas, Spanish for “Inn” or “Lodging,” this tradition begins on December 16th and ends on Christmas Eve. This form of devotional prayer involves nine Posadas – inns – and reenacts the famous Biblical scene of Mary and Joseph searching desperately for shelter on the night that Jesus was born.

This is another tradition of bringing communities together, with particular emphasis on the children, who go around town to each Posada, where they are presented with a special set of items including candles, a board, and painted figures of clay depicting Joseph, Mary, and a donkey. The event is filled with song as they go to each Posada one after the other and are turned away, being told the proverbial line, “There is no room at the inn,” each time.

The processions conclude with the children arriving at a house where they’re finally told that there’s enough room for them. After prayers of gratitude, there is a festive party in which fireworks usually play a key role, a spectacle that many people might associate only with Independence Day and New Year’s.

The most common thing to see nowadays in modern American households come December is a rich blend of customs and traditions that come together to form a unique holiday celebration for every family. Traditions can come from practices both religious and secular, and oftentimes there are family traditions that people pass down through generations.

A family’s ancestry often has a major influence on the types of food, decorations, and ceremonies. At home, many American families celebrate with personalized traditions that are passed down from generation to generation, such as opening a single present on Christmas eve or wearing matching family pajama sets.

When it comes to “standard” US holiday traditions, one can’t go without mentioning the TV specials and holiday movies. Having A Christmas Story on repeat is like a warm, comforting blanket on a chilly winter’s day, attracting a viewership of over 30 million people during the 24 hour marathon. Other popular films like It’s a Wonderful Life, Miracle on 34th Street, A Charlie Brown Christmas, How the Grinch Stole Christmas, and countless others are very important parts of some families’ holiday ritual. 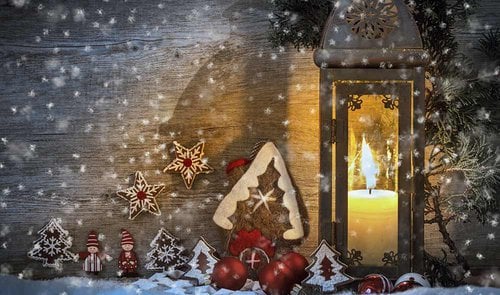 Many Americans might think of ham and roast turkey as the quintessential Christmas dinner food items. However, there are also regions where tamales, roast pork, “seven fishes” seafood salad, and roast goose with red cabbage are just as important to the special holiday meal.

Christmastime food traditions in other parts of the world can be surprising. Reportedly 3.6 million Japanese families eat fried chicken/KFC in celebration of Christmas on an annual basis. Kūčios is a traditional dish served in Lithuania on December 24th that takes a week to make. Latkes are the preferred holiday treat for the Jewish people, which are potato pancakes fried in oil.

In corporate America, office Christmas parties and Secret Santa gift exchanges are traditions that have popularized rapidly over the last 20 or 30 years. These team bonding exercises are a great way to foster a positive work culture and helps your employees build lasting relationships for one another.

As the melting pot of people, the United States is a place where many different holiday traditions come together. It might come as a shock to some Americans to hear that the traditions that they grew up with actually came from many places all over the world. Some of the main cultural influences in American Christmas come from Mexico, Poland, the Netherlands, France, and Italy.

In Spain, December 8th is the start of an extremely interesting and unusual custom. Along with the Feast of the Immaculate Conception, this date also marks the start of ceremonies involving the Tio de Nadal, or Christmas Log. The traditions around this adorable log involve feeding him and keeping him warm with blankets, until finally on Christmas Eve, the children beat him with sticks and look under the blankets to find the treats he’s made for them.

Germany is host to a tradition that might sound confusing at first. It involves “das Christkind,” which means “The Christ Child,” and so naturally, most would assume that this would be a reenactment of the baby Jesus. However, it is actually a young girl who is picked because she is said to have qualities that are Christ-like. This lucky individual gets a featured position in the parade and dons a white dress and oftentimes angel wings.

It’s a general trend that can’t be denied that other holidays get sidelined to make way for the colossal commercialized production that is American Christmas. Hanukkah and Kwanzaa are two of the most widely known December holidays that aren’t Christmas. Others include the Indian celebration of Diwali, which celebrates life and the triumph of good over evil; Winter Solstice, the longest night and shortest day of the year; and the Chinese New Year.

Not surprisingly, there are some odd Christmas ceremonies that have fallen to the wayside due to being impractical to pull off in today’s world. One of these involved fruitcake, an iconic Christmas element that’s already fraught with controversy. According to legend, putting this cake under your pillow would give you dreams of your future spouse. Another gem was the Feast of the Donkey, in which a donkey was paraded through town and taken to church, and the priest and congregants would take turns imitating the donkey at each other. It was due to the out-of-control parties that usually occurred afterwards that this charming tradition was eventually banned in numerous places.

The vast majority of symbols associated with Christmas traditions have religious origins, even if people don’t realize they do. Stars are quite popular, representing the star that guided the three wise men to Bethlehem. Secular symbols like stockings, mistletoe, wreaths, and candy canes are also often seen on pins and sweaters and Christmas pajamas during the holiday season.

It’s impossible to think about Christmas traditions without also thinking about Santa Claus, who goes by a number of different names in the US alone. The fact that he has many other names in different countries might not then come as much of a surprise. In Turkey, he’s known as Noel Baba, while the French call him Pere Noel. From Papai Noel in Brazil to Hoteiosho in Japan, there are numerous names for the man in the big red suit.

Learning about all these different dates when people start celebrating might leave one wondering when they should begin their holiday experience. If you ask your local department store, the appropriate time to start celebrating Christmas gets earlier and earlier every year. Some people like to wait until the month of December, while others are ready as soon as Thanksgiving is over. The right time to start getting into the festive spirit really just depends on what kind of a holiday experience you want to have.

It is uncertain what COVID-19 will mean for the holidays around the world going forward. What has always been a time for families to come together and be close to one another will be seriously challenged in the future. Whether that means Zoom Christmases or virtual unwrapping parties is unclear, but it seems certain that people will find a way to make new traditions that keep these human bonds strong in a way that works in our changing world.