The poinsettia, with its striking red and green foliage, is one of the most iconic Christmas plants — although its popularity is only a relatively recent development. The plant originally hails from Mexico and Central America. It was first cultivated by the Aztecs, who called it cuetlaxochitl and made dye from its brightly colored leaves and used its sap for medicinal purposes.

US envoy to Mexico Joel Roberts Poinsett is credited with bringing the plant to the United States in the 1820s. Although it can grow into a 2-meter (6-feet) tall tree, breeders got to work in the early 1900s to cultivate it into a more compact bush that could be sold as a decorative indoor plant. 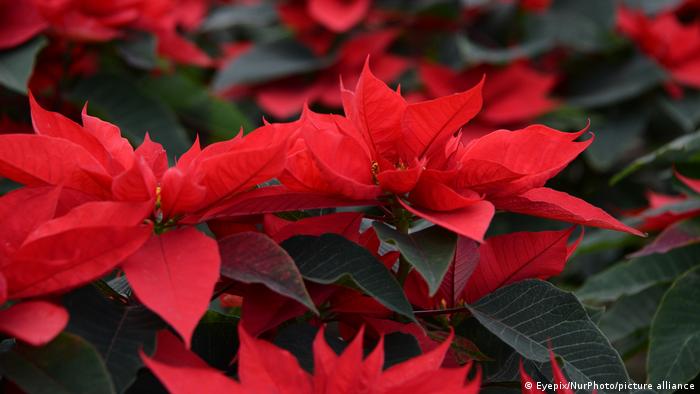 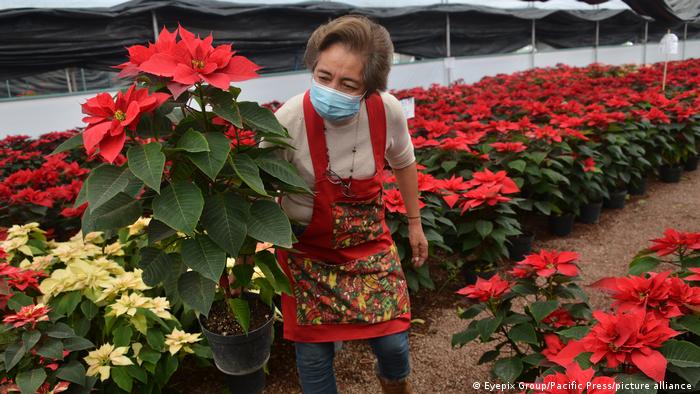 Poinsettias are big business in the United States, where millions of the plants are sold in the weeks leading up to Christmas

Poinsettias develop their red leaves when the days get shorter in the leadup to Christmas in the northern hemisphere. Commercial growers worldwide, however, can stimulate this change by creating optimum conditions in greenhouses so that the plants turn red regardless of the season.

There are more than 400 species of holly, but the two most common varieties used to “deck the halls” come Christmas have spiky, glossy leaves and bright red berries, and can be found in the eastern US and Europe.

The plant has long been seen as a symbol of eternal life and growth because it stays green year-round. It became a popular decoration after the arrival of Christianity in Europe — its sharp leaves were said to represent Christ’s crown and the red berries his blood. 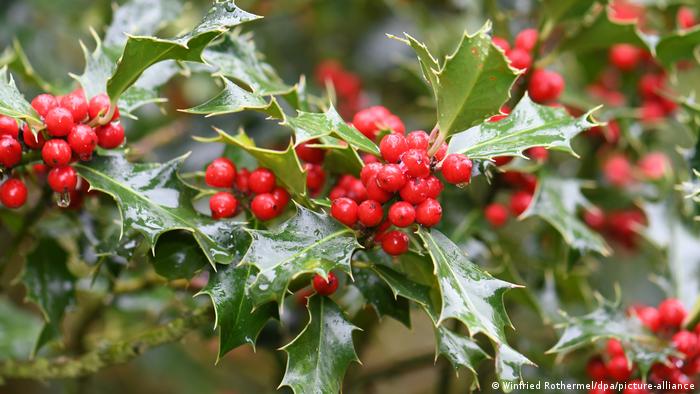 European holly is a common decoration on Christmas tables

More recently, scientists studying European holly have suggested the species has the ability to produce both smooth and spiky leaves at the same time. They found the plants appeared to sprout sharp foliage at will, possibly to protect themselves from browsing herbivores.

Throughout history, in different cultures — including among ancient Greeks and Romans — this plant has been seen as a symbol of healing, fertility, love and good fortune. In European folklore it was considered magical and a repellant of evil spirits because of its ability to stay green through winter. These days, though, the Christmas tradition of kissing under a sprig of mistletoe is perhaps what it’s best known for. It’s not clear exactly where this idea came from, but some theories suggest it may have begun with the Greeks’ Kronia agricultural festival. 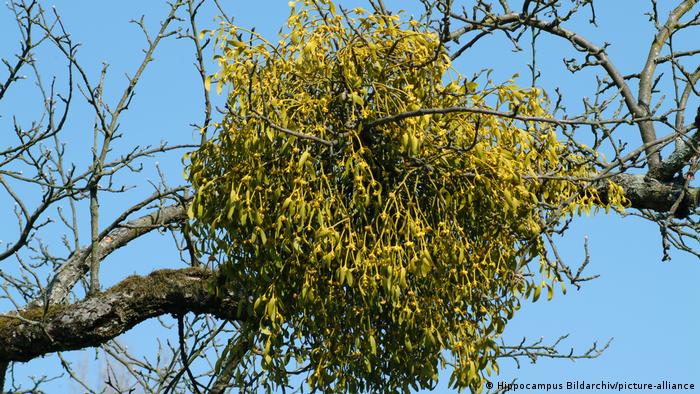 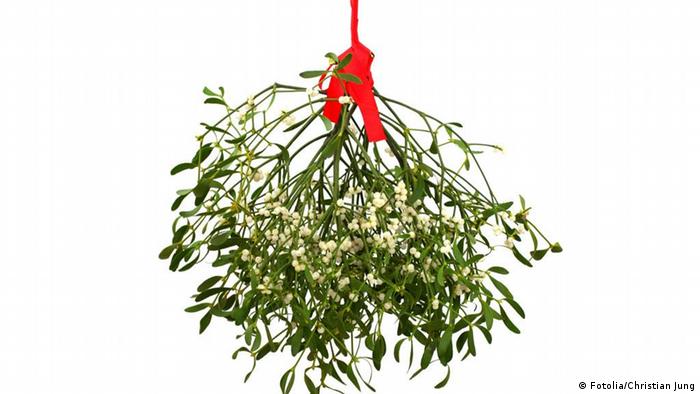 And although people hang sprigs in their homes, much of the plant is toxic and should not be eaten

Mistletoe is a semi-parasitic plant that survives by growing on other trees and shrubs, sucking water and nutrients from its host. Some species have explosive berries that can launch their sticky seeds onto other branches where they can latch on and grow. Studies from Australia and Mexico have found that although mistletoe sucks life from trees, it is a keystone species that plays an important role in ecosystems and supports bird life.

This humble root vegetable has become a curious part of Christmas traditions in the southern Mexican city of Oaxaca, where the Noche de los Rabanos (Night of the Radishes) is celebrated on December 23. On this date every year, artisans from the region display oversized radishes carved into elaborate figures in the city’s main square. 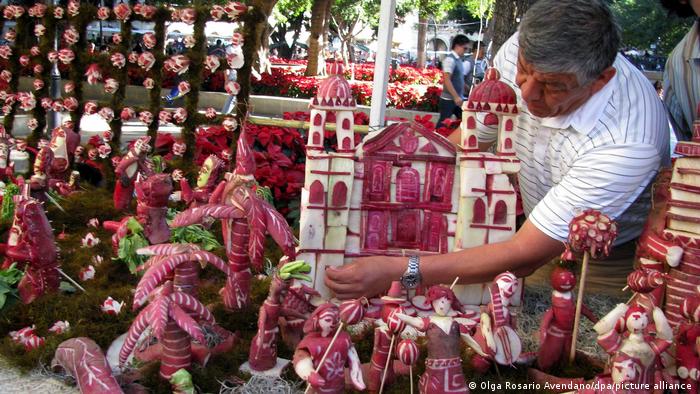 Many of the sculptures have religious themes, such as Christ’s birth, but others have nothing to do with Christianity

Radishes are thought to have their origins in Europe and Asia, and to have been introduced to Mexico by Spanish missionaries. According to legend, local farmers began carving the edible root during colonial times as a marketing tactic to encourage people to buy their harvest. It soon caught on, and in 1897 the event was established as a formal competition. These days, participants can compete for prizes, and the market even draws tourists from around the world.

The chichilaki is a traditional Christmas decoration from western Georgia made from dried hazelnut branches shaved into the form of a small tree. They have long been an important part of Orthodox Christmas, celebrated on January 7, and are typically burnt on January 19 to symbolize the turning over of a new leaf. But the sale of chichilakis was banned for much of the 20th century under the Soviets, who saw them as a religious symbol. 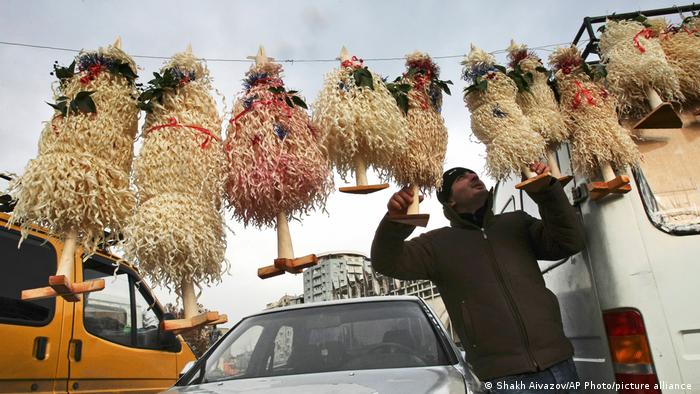 Chichilakis are said to resemble to beard of Basil, a 4th century saint who is widely revered in Georgia

The trees have seen a resurgence since Georgia broke away from the former Soviet Union in 1990. Georgian President Salome Zurabishvili said earlier this year she was working to get the chichilaki inscribed on the UNESCO Intangible Cultural Heritage List, calling it an “environmentally friendly and historical tradition.” Chichilakis have been touted as a greener alternative to cutting down pine trees at Christmas because they are made from pruned branches.

Sheaves of wheat occupy an important place in eastern European Christmas traditions. In Ukraine, for example, wheat stalks from the best of the autumn harvest are gathered and tied up in bunches with colorful ribbons. These decorations, called didukh, are displayed prominently in homes during the holiday season as a symbol of abundance, fertility and the hope of a bountiful harvest in the coming year. It’s believed that the souls of the family’s ancestors reside in the didukh and will bless the home. 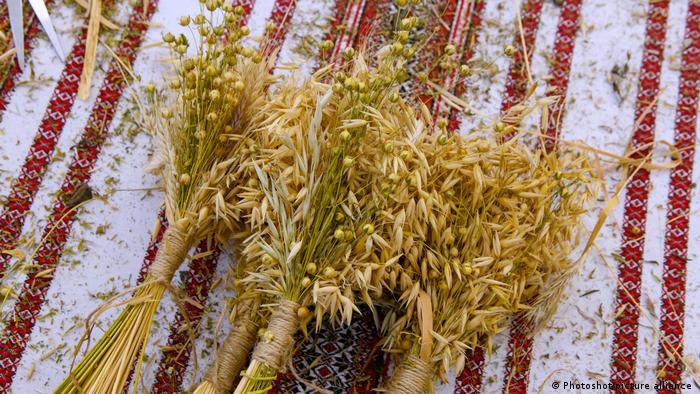 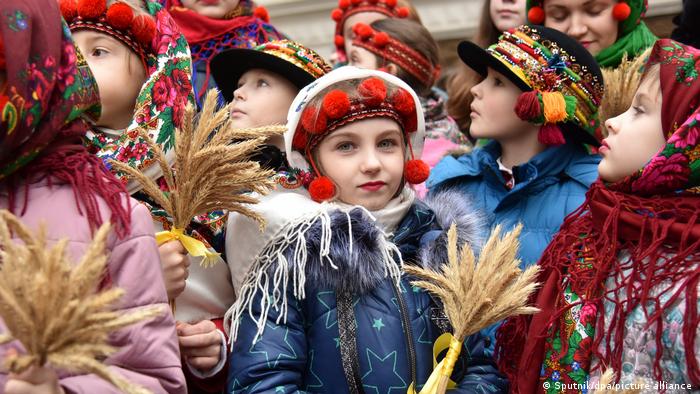 The fiery red blossoms of New Zealand’s pohutukawa tree emerge in early summer — in the southern hemisphere, that’s just in time for Christmas. For that reason, British settlers called it the New Zealand Christmas tree. Lacking the traditional European plants such as holly, they were said to use the crimson flowers to decorate their homes and churches in December. It’s since become an important festive symbol for Kiwis, featuring in greeting cards and songs.

The pohutukawa also holds a significant place in Maori tradition. According to legend, the red blossoms represent the blood of a young warrior who fell to earth while attempting to avenge the death of his father. 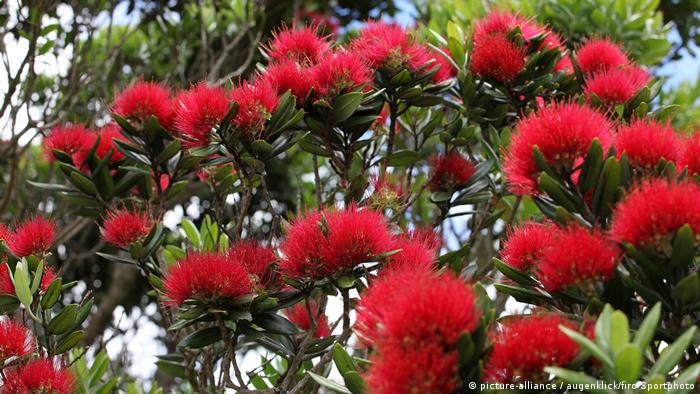 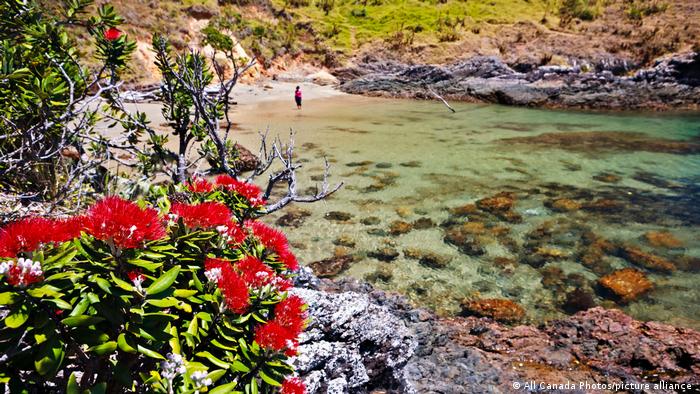 The Maori used the coastal trees as an indicator of seasonal changes and made boats, weapons and spades from its timber

These hardy evergreens can be found in coastal forests and thrive in strong winds and salty ocean spray — although their numbers have been decimated since settlement by logging, agriculture and the introduction of pests.