Christmas is one of the most widely celebrated festivals across the globe. And it bears great importance in the lives of people of all religions, which is why this festival is also very appropriately a symbol of love, togetherness, goodness, and happiness. From Sweden to Norway and Austria to Iceland all the countries prepare for a great and fun-filled Christmas event. In fact, as a part of the tradition, the celebrations usually begin a week before Christmas and continue till New Year’s eve, people share gifts, prepare tasty treats, party, visit the churches and shop for that perfect Christmas celebration.

So, if you want to know more about some amazing Christmas traditions from around the world, then read on. 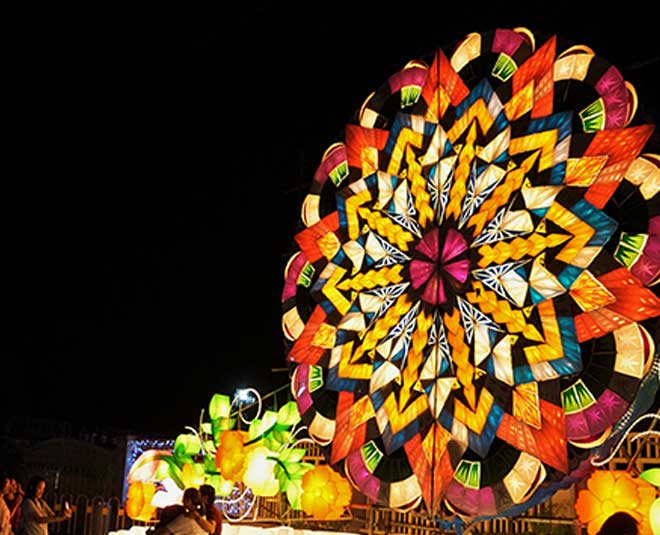 As a part of a famous Christmas tradition, there is held a giant lantern competition at the beginning of Christmas in the city of San Fernando in the Philippines. The festival is so large-scaled and beautiful that the city was named to be the Christmas capital of the Philippines.  This festival originated from Bacolor, where it was held in simpler ways and later after the transfer of capital from Bacolor to San Fernando this festival followed and began in 1908.  Earlier there were hardly 2 feet lanterns made, contrasting to today’s times where people create lanterns as big as 15 feet in diameter, just so as to win the competition. In Austria, it is a famous Christmas tradition where people dress up as Krampus the evil accomplice of St. Nicholas and scare people roaming around the street. The attire of Krampus is generally odd and disturbing and some details from the old pre-Christian period, also suggest that Krampus was a beast from the forest just like a satyr. But later in the middle ages there came out to be a linkage between St. Nicholas and Krampus. This tradition says if you are good St. Nicholas will bring you good and if you are bad then the treacherous creature, Krampus will surely get hold of you and will give you badly in return too. Iceland celebrates the joy of  Christmas like no other place in the world. People exchange books on Christmas even and spend their festival on reading it. Further, with a concept similar to the Krampus, people in Iceland keep their shoes/boots on the windowpane for 13 nights and the Yule lads visit them and place gifts for good girls and boys inside the shoes and rotten potatoes for the mischievous and bad ones. The Yule Goat has been an indispensable part pf the Swedish Christmas traditions since very ancient times. Then in the year 1966, people came up with the idea of creating a large goat made of straw, which is now known as Gavle Goat. The people burn down this goat and it is reconstructed every year. According to a statistics update by the website, the goat is currently 42 feet tall, 23 feet wide, and weighs over 3.5 tonnes. You can watch a live stream of this goat being brought down after the New Year. 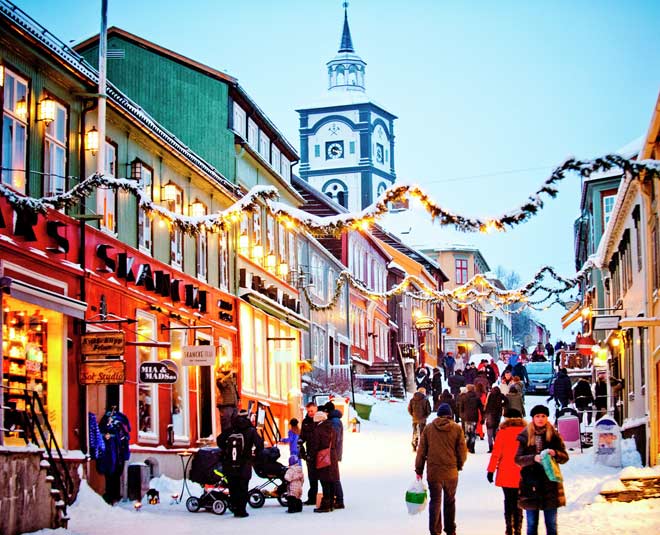 Here’s one of the most orthodox traditions of Christmas(how to decorate a sustainable Christmas tree) that is still followed in Norway. It is believed that witches and ghosts are on the roam on Christmas eve, in search of a broomstick to fly on. So, the people hide their broomsticks in the safest places in their homes and protect it from getting stolen. This tradition is carried on from centuries back and many people still follow it as a part of their Christmas traditions.

Don’t miss: Let The Christmas Magic Roll Into Your Home With These 10 Movies

Roller Skating To The Church, Venezuela 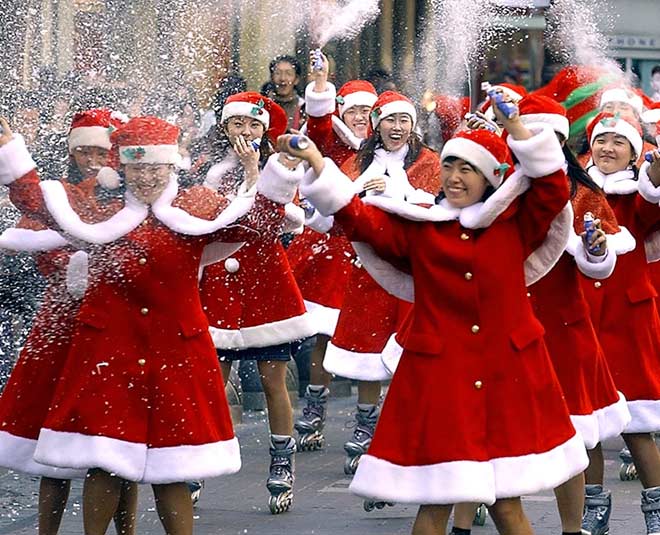 In Caracas, Venezuela it is a Christmas(places to visit in India during Christmas) tradition to visit the church on roller skates, for a reason that is only known to the natives. This such a widely followed tradition, that roads are blocked for cars in the morning, and people are allowed to roller skate to the churches. In the same tradition, the skaters then tug out the long pieces of string tied across the big toes to dangle the windows.

If you liked reading this article then stay tuned to Her Zindagi for more articles like this.